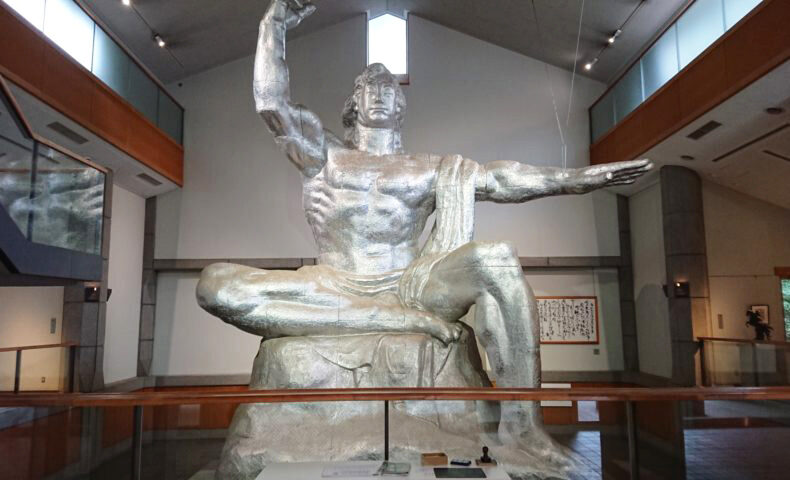 Japan has many attractive and traditional arts like Urushi bowel, Sumie that is made by India ink, religious sculpture, and so on.

Personally, modern art in sculpture range is getting progressed even now.

For example, the large scale of sculpture called The Peace Statue made in 1955 makes us feel the sacred atmosphere and the great impression.

So, It would be one of the Japanese art that you should know.

Who is Seibou Kitamura – The Peace Statue and his works

The Peace Statue was made by one of the great sculptors called Seibo Kitamura.

His sculptures are very impressive and expressing the reality that is committed to the details.

Particularly, The Peace Statue (Japanese name is Heiwa Kinenzou) shows the huge scale of appearance and would be the masterpiece in his life.

In my impression, his artwork might be similar to Antony Gormley’s sculpture-like Angel of The North in the UK.

In addition, Kitamura’s sculptures have put down at sightseeing spots such as Suwa shrine in Nagasaki, Tokiwa park in Hokkaido, central park in Hiroshima, and Shrine of Musashimitake where I introduced in the past.

The Peace of Statue in Nagasaki

As I mentioned before, The Peace Statue is one of the valuable monuments in Japan.

The statue is 13.6meter high including the basement and set in Nagasaki prefecture.

In 1955, It was made for a memorial monument that contains a wish for peace and some sort of meaning by getting an impact on atonic bombs in WW2.

In such this, several meanings such as the fear of nuclear bomb and war are portrayed and pass on through the statue.

And, it plays a rule in a symbolic monument to prevent tragic war like WW2 by the atomic bomb and indicates their deepest sympathy for victims.

The prototype of The Piece Statue in Tokyo

If you are hard to access to Nagasaki prefecture to see it, visiting Inokashira Park in Tokyo will be recommended for you.

This park is a popular site in Tokyo because of its beautiful nature and has Kitamura’s atelier.

Technically, the park has a zoo and sculpture area that his past works are put down.

Moreover, you can see the making processes and prototype of The Peace Statue that is the same scale as the genuine monument in Nagasaki.

As a result, it will be a good opportunity for you to know The Peace Statue itself, about sculptor Kitamura.

How The Peace Statue was Made

Regarding the making processes of The Peace Statue, it is a very interesting structure due to the innovative idea at that time.

The monument is made of plaster material as a whole, but it was originally separated by 104 parts. This is because Kitamura made these104 parts in his atelier, and transported them to Nagasaki prefecture where takes over 1,000km away from Tokyo.

After that, those parts are fixed directly, and these new making processes at that time gave an impact on Japanese sculptors.

For example, sculptor Shunsuke Kamijo made the statue called Banryuzyoninn which motifs for buddism monk in the Edo era by using the same processes for The Peace of The Statues.

In such this, the innovative process passes down for new generations with his achievement so, I want you to feel and realize his greatness by seeing his awesome works.

Not only, his work, If you want to see and know more about Japanese sculpture, Takasaki-Byakui-Daikannon that is 137 feet and sculpture’s cave near there might suit your curiosity as well. 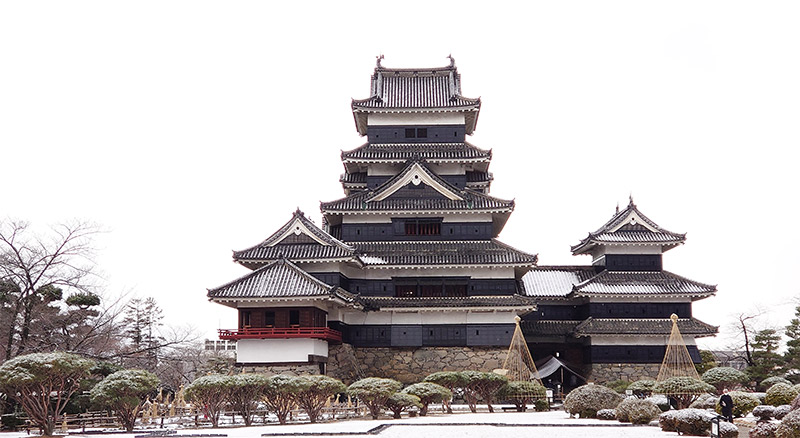