Mt. Akagi is one of the popular mountains in Gunma prefecture in Japan.

It has composed of several mountains like Mt. Kurobi, Komaga, etc, so Mt. Akagi is a general term for these mountains.

Particularly, Akagi Park that is located around 1360 meters high in the mountain offers some activities like camping near a lake, hiking around the marshland, and has an amazing spot that interesting legends handed down.

At this time, I mention attractive points around Akagi Park where is located at the top of Mt. Akagi.

About Mt. Akagi and Visitor Center

Firstly, Akagi Park is located in Gunma’s Prefectural Park that owns spectacular spots like a huge lake, swamp, and camping area as I mentioned.

Originally, the mountain was the sacred site where Japanese monks often visited for mountain worship in past Japan, but a lot of people come here as a tourist spot at present.

The most interesting point is that the park including activity spots is 1,290 hectares of land, so you can imagine how much the area is vast.

But, you can access each spot from the Visitor Center where can be accessed by car or bus from the nearest city called Maebashi.

In addition, Visitor Center in Mt. Akagi can be helpful for you to get detailed information such as a map, Akagi’s animal, geography, and history.

The first point of Mt. Akagi is Onuma where is the lake that reaches 4km, located at 1340 meters high, and near the Visitor Center.

The feature of this lake is offering a variety of activities for you.

For example, you can enjoy fishing getting on the boat from June to September, and camping site is also available without a reservation.

Furthermore, the spot is known as a beautiful reflected lake with the sunset, so you should try to get up early to see it when you camp here.

The marshland called Kakumanbuchi is located next to the Onuna.

Kakumanbuchi is originally a part of the Onuma, but it was separated over the ages, and then it became only a marshland in Mt. Akagi.

Off course, you can walk around the spot along the road while feeling the fantastic atmosphere and seeing unbelievable nature that is not able to experience in daily life.

Mt. Kurobi is the mountain that reaches 1,828 meters high, and the highest elevation in Mt. Akagi.

The 1,828 meters high of the mountain makes us imagine hard hiking, but it about 4 hours and a half hiking by a round trip from the Visitor Center. Such this, if you gain access to Visitor Center by car or bus, it will be not hard hiking.

In addition, the top of the mountain has an observatory which shows around the area in Mt. Akagi and even Mt. Fuji.

As a result, it might be a great experience for you to hike and look out over the scenery around Gunma prefecture.

Akagisancho Station (Akagisanchoeki) is the place that you can look over the scenery around Mt. Akagi.

Such this, Mt.Akagi has a lot of legend and folklore, so I will introduce these stories in the next section.

Going back to the spot of Akagisancho Station, it is a very accessible place from Visitor Center that takes around 10 minutes on foot, and parking lot with a cafe is also available.

In terms of the name of the Akagisancho Station, this area was originally a station for cable cars in the past, but it has already abolished in 1968.

The legend of Mt. Akagi | Goshinsui

In Mt. Akagi, there are some sorts of the legend that have been handed down in the region.

The most interesting topic is Goshinsui (sacred water).

According to the folklore that has been passed down in this region, Mt. Akagi was known for the site of mountain worship.

For example, old people believed that if they drink water which is flowing at the mountain, it will lead to good health and no sickness. So some regional people sometimes bring back the water even now.

If you want to go there to make sure and drink sacred water, the hard walking will wait for you.

You can access from Akagisancho Station, and go down through the pathway of the stone stairs like the below photos.

There are few handrails except for the beginning point and stairs that are made by a coarse stone and quite a steep way around 300 meters are set.

Interestingly, this road was originally used for the passage of cable cars for Akagisancho Station as I mentioned, so you would be able to imagine how hard to trace this way on foot.

However, if you could endure this walking, a silent space where is flowing water will show up in front of you.

This flesh water is exactly sacred water called Goshinsui that has been transmitted here, and you can drink it as much as you want.

However, I can certainly say that on the way back is harder than going down, so please decide by yourself whether you go there or not.

As a side note, If you are interested in mountain worship in Japan and that related site such as Mt. Akagi, please check the below article as well.

God of Mt.akagi vs Niara in Nikko

In the distant past, a god of Akagi and the god of Niara belong to Mt. Niara in Tochigi were conflicting to get the lake. After they fought, the god of Niar won and get the Lake Chuzen.

And then, their battlefield became huge marshland called Senjogahara as a result of conflicting (Senjogahara mean the grassland of the battlefield).

In reality, Sejogahara exists as a trip spot even now, so please check the below article if you want to know about their battle and fantastic spot around Senjogahara in the Nikko area.

The access to Akagi Park is not difficult and expensive compare to other areas in Kanto.

The fastest way is by using a bullet train called Shinkansen.

→ Get on the bus at Maebashi Station to Akagisan Visitor Center that takes about 1 hour and 20 minutes and 1,500 yen.

If you want to more save money for the train, you should keep in JR Shonan Shinjuku Line without transferring to the bullet train at Omiya.

Because you can skip transferring it and directly access, and it’s only 1,980 yen. But it takes 30 minutes more than the case of using bullet trains.

In this case, it’s 3,480 yen including the bus fare and approximately 3 hours and 20 minutes in one way.

In this way, Mt. Akagi has some interesting aspects like activities, myth, and great nature.

As another option, I recommend you visit Takasaki city which owns the huge Buddhism sculpture called Takasaki-Byakui- Daikannon that is around 42 meters high.

In addition, an amazing cave called Kannon’s Cave which 39 stone sculptures are set inside is also accessible from there, and it makes your curiosity stimulate.

I promise these sites give you an unforgettable experience as well as Mt. Akagi. 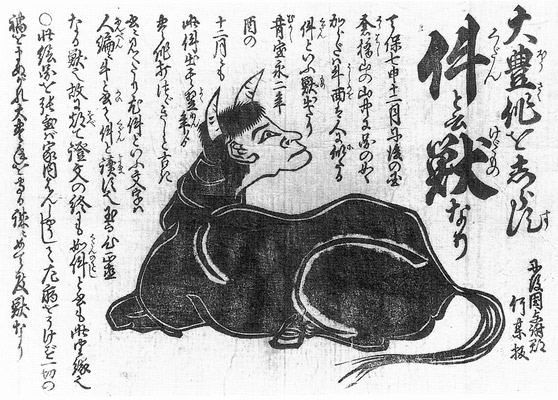